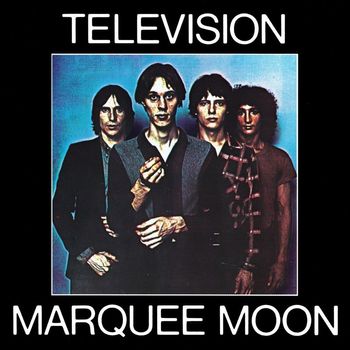 zdigital What we said: CBGB stalwarts, Television were spawned from the same underground New York post-punk scene as Talking Heads and The Ramones. On their 1977 debut however, they proved they were a class above the two minute missives and simplistic power chords of the latter, with their shortest track clocking in at just under four minutes and an eye-watering level of musicianship on display. Opener ‘See No Evil’ is built around a noodling riff and compulsive beat, with Tom Verlaine’s insouciant sneer peppering everything with its louche cool, before Richard Lloyd’s frantic soloing is unleashed. The more relaxed ‘Venus’ has roots in the art school pop of The Velvet Underground, delivering Lou Reed-esque lyrical poetics in strangulated tones redolent of David Byrne. And ‘Friction’, with its attitude-packed guitar crunch overlaid by spidery fret runs, rivals The Rolling Stones at the peak of their powers. But it’s the title track that really stops you dead. A ten minute opus recorded in one take, you can hear traces of that choppy axe work and crisp production across generations: from Orange Juice and Magazine to The Strokes and Franz Ferdinand. Ambitious, innovative and achingly self-assured: in that relay of hypnotic guitar solos Television sealed their place in the rock annals.